Are you thinking about joining a sorority? There are so many great reasons to join to a sisterhood that it’s hard to count them all. Sadly, though, there are also plenty of sorority misconceptions that scare many women away from joining.

Joining a sorority is a life-long journey that makes you part of something bigger. The experience speaks for itself, but you have to take that first step. Unfortunately, a lot of people have sorority misconceptions that make them hesitant to join a chapter. 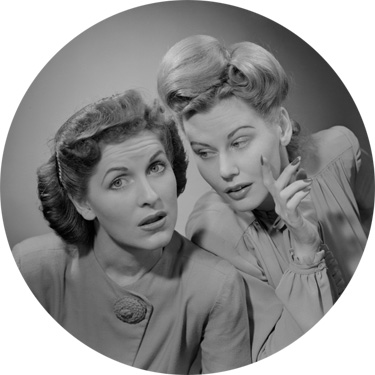 Let’s look at four of the biggest sorority myths:

MYTH: Being in a Sorority Means Paying for Your Friendships

Members pay national dues and fees to support the activities and operations of the organization. On a chapter level, each chapter establishes its own costs for housing and meals, dues and other fees to support chapter operations. Dues are essential to making sure that a sorority will be recognized and allowed to participate in events on campus. But paying dues doesn’t mean that you’re buying your friends!

Choosing a sorority means picking the one with the women you can imagine being friends with for the rest of your life. Many women are attracted by the values and mission of a given sorority, and dues are a huge part of supporting that. But that doesn’t have any effect on your friendships – your sorority sisters will be true blue friends no matter what!

MYTH: Being in a Sorority is for “Plastics” Who All Act Alike

Unfortunately, there’s been a lot of movies and TV shows that have poked fun at sorority life. The real truth is that sororities are full of diversity. Sure, women might have certain interests in common, but sororities recruit from all backgrounds and majors. Joining a sorority is one of the fastest ways to meet more people you might not have otherwise.

MYTH: Being in a Sorority Means Cliques and Superiority

When you become part of a sorority, you’re connected to every single member – past and present. You’ll probably hit it off with a certain group of sisters very quickly, and it might take you time to get to know all the sisters on your campus. Still, every sister supports every other. No one in a sorority is better or special, and most sisters have close friends in other sororities.

MYTH: Being in a Sorority Means Being Self-Absorbed

Of all these, this one is probably the worst! Sorority sisters care about their community and about making a positive difference. You might care most about the environment, animal welfare, human rights, or something else, but no matter what, you’ll have plenty of opportunities to get out there and do good alongside other women who feel the same way!

Having fun and working together are the keys of being in a sorority. And one more myth: Hazing. Every sorority has strict anti-hazing policies. When it comes to what sisterhood is really about, the best thing to do is get the facts from a source you can trust. Don’t let common sorority misconceptions give you a false idea of what it means to join a sorority. It could be the best decision you make in college!