Millions of successful women from all walks of life are sorority sisters – and some of the greatest stories to come from sisterhood have played out in the entertainment world. Singers who start with the support of a sorority have a huge advantage in making connections and getting their careers off to a terrific start.

Let’s look at some of the most successful singers who were part of a sorority:

World famous singer Sheryl Crow is an active member of Kappa Alpha Theta as well as part of the Sigma Alpha Iota international music organization for women. Studying at the University of Missouri in Columbia, she received a bachelor of arts degree in music composition, performance, and music education. Since her time in university, she’s sold more than 17 million albums in the U.S. and a total of 50 million around the world. 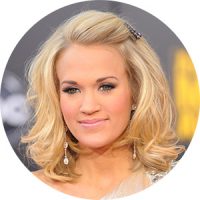 Country singing sensation Carrie Underwood is a member of Sigma Sigma Sigma sorority and continues to be involved with the sisterhood since becoming a star. Her time in college was briefly interrupted by her amazing success on American Idol, but she came back to graduate after winning. She has a degree in mass communication with a broadcast journalism focus. Winner of more than 30 major music awards, she was called “female vocalist of her generation” by Rolling Stone.

Kristin Chenoweth is a member of Gamma Phi Beta and is one of many successful women in the sorority’s century-long history. Studying at Oklahoma City University, she earned a bachelor’s in musical theater and later went on to receive a master’s degree in opera performance. A 1999 Tony Award win as co-star in You’re a Good Man, Charlie Brown launched her career; in 2003, she originated the role of Glinda the Good Witch in Wicked. 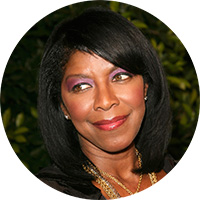 Natalie Cole was well known from an early age as daughter of the legendary Nat King Cole, but quickly became a talented and accomplished performer in her own right. A sister within Delta Sigma Theta sorority, she was a noted R&B and blues singer. Her education was diverse, including a degree in child psychology and a minor in German. Throughout the 1990s, she gained wide acclaim for re-recording Nat King Cole classics with a modern flair.

Sorority women can pursue anything they set their minds to, but it’s no surprise that the high energy and supportive environment of sisterhood has helped so many performers find confidence. From actresses and singers to scientists and entrepreneurs, sisterhood is for every woman and affects everybody differently. One thing is for sure, though: Joining a sorority can be a great step on the road to your dreams!