Famous Politicians Who Are Sorority Women

Joining a sorority provides great leadership opportunities. The chance to work with teams, speak in public, define your values, and connect with the community are important for aspiring public officials. Many sorority women have gone on to have amazing political careers.

Let’s meet a few of these ladies:

Studying at the University of Denver for a B.A. in political science, Condoleezza Rice joined Alpha Chi Omega. She went on to receive a master’s degree in political science at the University of Notre Dame. Post-doctoral work at Stanford made her a world expert in international security. She became a member of the U.S. National Security Council in 1989 and rose to become President George W. Bush’s secretary of state from 2001 to 2005. 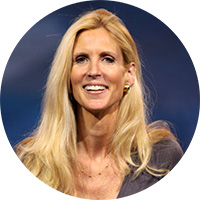 Although Ann Coulter hasn’t held elected office, she’s a widely-known figure who inspires a passionate following with her opinions on current events. While studying for her B.A. in history at the University of Cornell, she was a member of Delta Gamma and co-founded The Cornell Review, which grew into an influential student newspaper. Earning a J.D. from University of Michigan Law School in 1988, she served as a legal clerk. She published her first book in 1998.

Associate Supreme Court Justice Ruth Bader Ginsburg is one of the most influential women in the world – and her career goes back to her time at Cornell University, where she was a member of Alpha Epsilon Phi. She received a B.A. in government in 1954 and enrolled in Harvard Law in 1956, one of nine women in a class of 500. She was a professor of law for nine years before being selected in 1980 for the U.S. Court of Appeals for the District of Columbia Circuit by President Carter. She was nominated for the Supreme Court by President Bill Clinton in 1993. 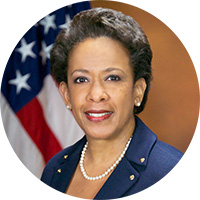 A member of Delta Sigma Theta, Loretta Lynch is currently U.S. attorney general. Graduating from Harvard Law in 1984, she practiced law throughout New York before becoming a federal prosecutor in 1990. She was nominated as U.S. Attorney for the Eastern District of New York by President Clinton in 1999. After overseeing complex cases, she returned to private practice from 2001 to 2010 – when she was nominated for her previous Eastern District role by President Barack Obama. In 2014, he nominated her to become attorney general.