October Cause for Action: Part 2 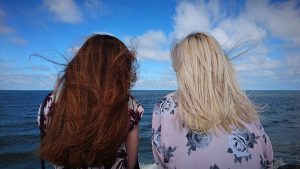 College brings many challenges from studying to navigating relationships with everyone from the freshman roommate you wouldn’t have picked, to new friends – the platonic kind and the dating kind.

In a healthy relationship, your partner is inclusive and respectful of all the people and things in your life that are important to you. They want to fit into your life, and to include you in theirs.

In an abusive relationship, your partner might be charming, attentive, and wants to be with you all the time. Well, what’s wrong with someone being that into you? This behavior can lead to isolating you from everyone and everything else you care about. They insist on controlling every part of your life, and every movement you make. 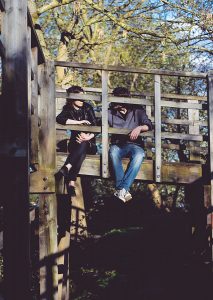 The NCADV (National Coalition Against Domestic Violence) description of abusers doesn’t really narrow the field, “There is no one typical, detectable personality of an abuser,” but their descriptions of common abuser behaviors is helpful:

An abuser often denies the existence or minimizes the seriousness of the violence and its effect on the victim and other family members.

Warning Signs of an Abuser

The same NCADV article goes on to list some warning signs of an abuser. A red flag should go up if you recognize any of these signs in your partner (or a friend’s partner):

Why Doesn’t She Just Leave? 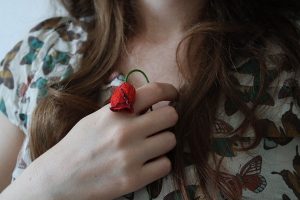 It’s easier to recognize the signs of an abusive relationship when someone else is in it. What researchers have found is that an environment of emotional and physical abuse actually CHANGES the brain. The following is from a longer and much more comprehensive article on relationship violence by Liz Brody writing for Glamour:

“…research is proving exactly how emotional and physical abuse physiologically changes the brain. Using MRI scans, neuroscientists like Alan Simmons, Ph.D., an assistant professor of psychiatry at the University of California, San Diego, have found that repeated abuse makes a victim more prone to being withdrawn, forgetful and so stuck in negative thinking that she can’t even see how a situation could improve. Many survivors look back and say they were in a fog; often the phrase is “I lost myself.” “There is something biological,” says Simmons. “It’s not a sign of weakness. It’s akin to what happens to the brain during war.”

What you say can help…eventually

There are no magic words that will help your friend “snap out of it.” And, being critical of them will certainly be no help. If you truly want to help, then awkwardness be damned. Here are some starters that survivors said helped them to eventually recognize and escape their abusers:

“I’m afraid for you…”
“You’re not leaving until I take pictures…”
“I’m sorry, but if he’s hit you once, he will hit you again…”
“I know what he’s doing to you, and I can’t stand to see this happen anymore…”
“You don’t have to do this alone…”

Read the words above again – “in a fog,” “I lost myself” – your friend may literally be unable to process what you say to her. So keep saying it. Call a hotline and get some information for a safe house, find resources on campus, and if you think she’s in imminent danger, call 911.

No matter what, don’t give up. Ask for help for yourself or your friend. Abusers count on their victim’s silence, and to a certain extent, her friends’ silence. That’s their greatest source of power. You can take that away simply by speaking up.

Note: We recognize that abusive relationships are not exclusively heterosexual. We use she/he pronouns for readability, not to dismiss abuse that happens in other types of intimate relationships.